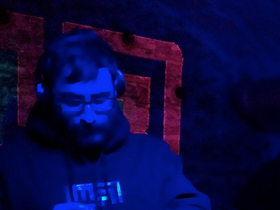 Quer is a Roman dj, his passion and his obsession for music research led him to begin to mix music, grew up in a new wave, post punk and industrial ambient broadens its horizons up to the techno, his sets are a mix of techno, dark-techno, dub-tech, and sci-fi.

From one year to this part is present in the Roman club and played in clubs like Muzak, Neo Club, Traffic and Radio Londra